Why ReactJS Has Gained the Spotlight Amongst Developers

React JS, an open-source library created by Facebook is now one of the topmost trending resources used by the developers. Many leading companies like PayPal, Yahoo, Instagram, and Netflix are associated with ReactJS, and they hire reactjs programmers.

Various reasons can be listed for the popularity of ReactJs among React JS developers; we have tried to list some of the top reasons here:

When organizations have dedicated React JS developers, it is easy to create and maintain dynamic sites and web applications. The complex HTML codings are simplified with React JS development as it has JSX that renders particular HTML tags. The ecosystem of this Java Script itself is dynamic; every day, a new library or tool pops up that has a small difference.

It is simple to use and to learn

When companies are looking to hire React JS developers, they can very well go for a beginner. The simplicity is ultimate, and it also has a lot of resources online. There are substantial online support materials in various forms, from books to forums, to help learn and use React JS. The unlimited support the developers receive online keeps React JS as their first option. It is always easy to train a developer, and you can hire a react js developer who has limited experience.

To build mobile applications that are interactive and dynamic, developers opt for React JS. It helps build a rich UI for native apps in both Android and iOS. Also, the design pattern is similar to web applications. With React JS, you can code anywhere at ease.

Reusability of the components

Reusability is yet another reason for the popularity of React JS among developers. It allows the developers to use the same functions that are written for other applications. Therefore the time and effort used in developing the same functionality for different applications are reduced. If there are lesser lines of code, then the chances of error are less. This boosts the speed of applications, which attracts the users.

The performance of the application is enhanced due to the virtual DOM. It is a cross-platform and programming API. It is a tree-like structure used in HTML, XML or XHTML. Every node in the tree represents some part of the document. When the DOM updates, it slows down the events in the applications. This created problems for the developers.

In React JS, this problem is overcome by having a virtual DOM in between the actual DOM and application. Whenever the DOM updates, the Virtual DOM also updates itself without slowing down the actual application. By having Virtual DOM, the performance of the application is enhanced, the user experience is good, and the update time is fast.

A set of handy developer tools are available in the Chrome or Firefox extension. Apart from that, any component can be found online, and it can be analyzed easily. You can select an individual part to analyze, edit, and use it. You can find the hierarchy of it from parent to child available in GitHub.

Java Scripts has received much disinterest from the developers because they are not very SEO-friendly. This problem can be avoided with the use of React JS; they are very much SEO-friendly. Developers can develop easy UI that navigates the user among the application effortlessly. It is advantageous to hire react developers as they can improve the SEO.

Developers are having a great time using React JS to develop native applications. The development of large scale applications is comfortable because of the availability of components in React JS and by changing the data. It has gained the spotlight amongst the users because of all its advantages.

If you are looking to hire react developers for your organization, consider the following. 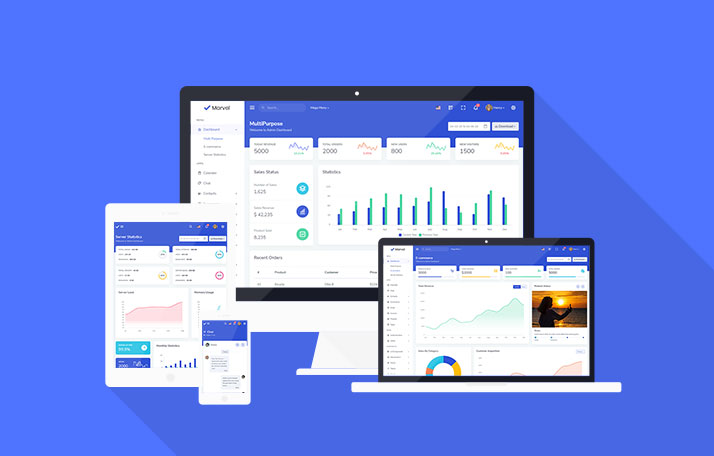 It is a component-based web app with functional apps and UI's. It is ideal for CRM, CMS, e-commerce, and analytics dashboards. 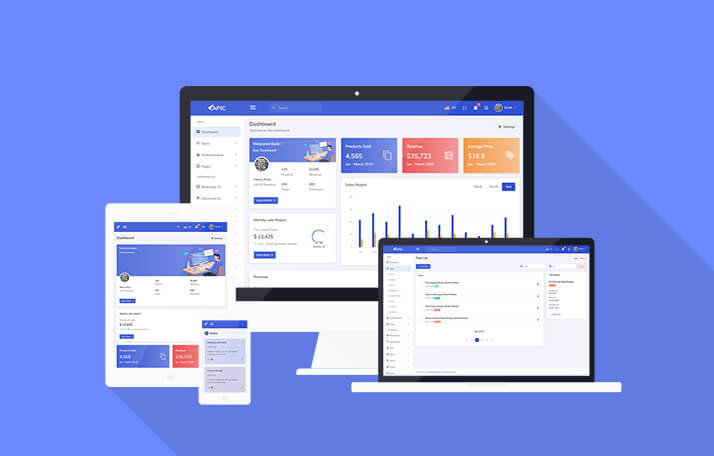 APIC angular is a simple admin dashboard with functional apps and UI's. It can be used for any type of dashboards.

Difference between Angular and React framework Nov 29, 2021
7 Tips for How to Get More Likes on Facebook? Likes Geek Nov 10, 2021
Increase Your Value for International Companies by an English Tutor Jun 26, 2021
A gist of the visual analytics platform of Tableau and the power of data visualization of this software in the present times Apr 22, 2021